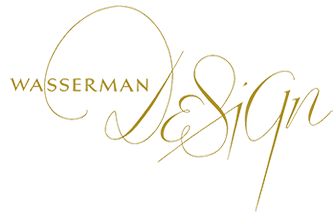 I teach calligraphy and handwriting, drawing and painting, design and composition, using traditional methods, manual tools, and the historical scripts from the original sources.

Students who seek to grow more skillful in their handwriting as a practical art, as well as students who are aiming to delve deeper into creating original works of calligraphy art, will benefit from the many educational experiences offered through my different lessons in the art of written forms.

Here, you will find my latest teaching schedule. Courses are offered in four levels of the student's knowledge and experience with the subject matter 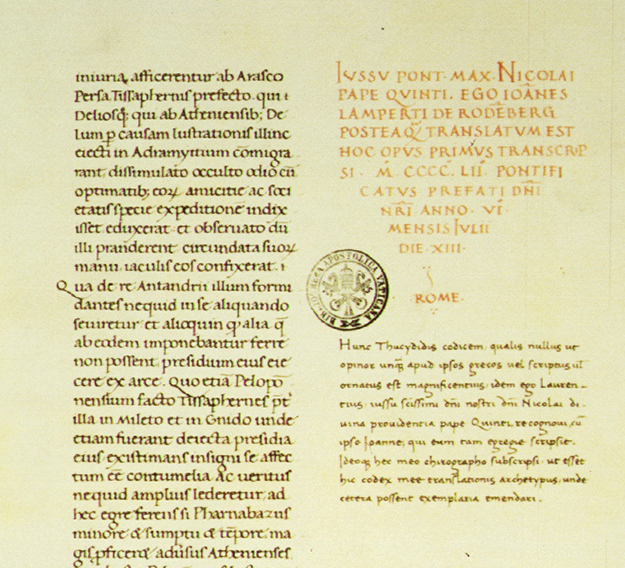 Lorenzo Valla wrote the document on the left, dated 1452, during his employ as a scribe to the Vatican, in Rome. Another document, right below, was written in Florence, 1488. Both are examples of humanistica antiqua / littera antiquaa,  a hand-written alphabet of minuscule (small)
and Roman Capital letters which became the model of
the printing types that we still use, today. 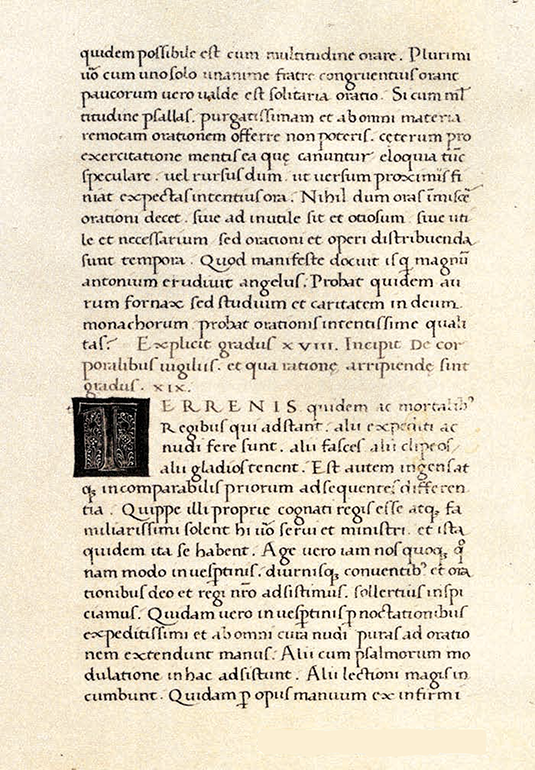 During the fourteenth to sixteenth centuries, in Italy, multiple writers undertook efforts to distill contemporaneous Gothic and Black Letter scripts into something less ornate and more readable. Scribes who were working in the legal and notary professional fields were developing new scripts in order that texts could be clearly read and understood, i.e., the words spelled out.

Other humanist scholars / authors / scribes who searched for and copied the forgotten Latin and Greek classics from antiquity, developed new scripts based upon the letter forms of classical texts that were discovered in copies of manuscripts of the ninth to twelfth centuries.

All of these efforts led to the development of a humanistic "system of script"---primarily an aesthetic attempt to restore clarity, legibility, and elegance to manuscript book production, especially as the work of scholars is a preoccupation with texts. The humanist poet Francesci Petrarce, 1304-1374 (Petrarch), always stressed that reading and writing are essential to one's grasp of the meaning of---and capacity to understand---knowledge. 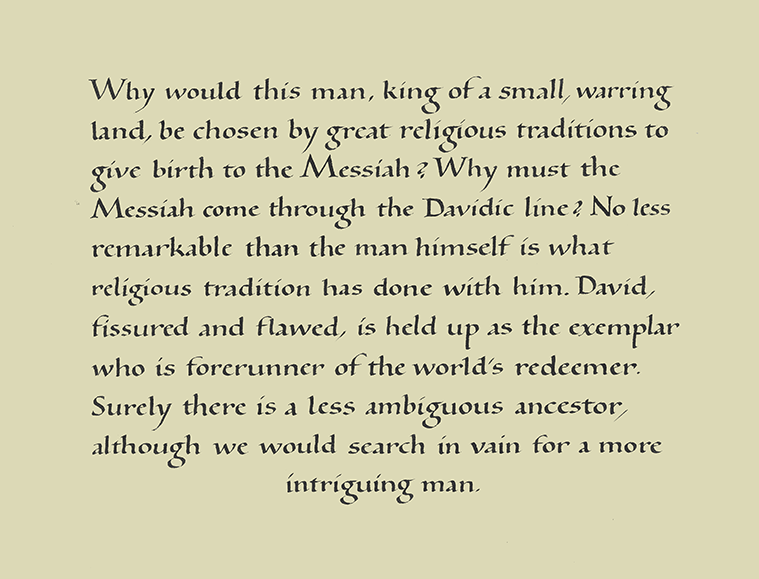 The statement of text is an excerpt from the book
David, The Divided Heart
by author David Wolpe.

I have written this paragraph using the Renaissance script humanistica antiqua
to serve as an example of calligraphy unadorned but elegant in a straight-forward, simple arrangement within wide margins on a page. 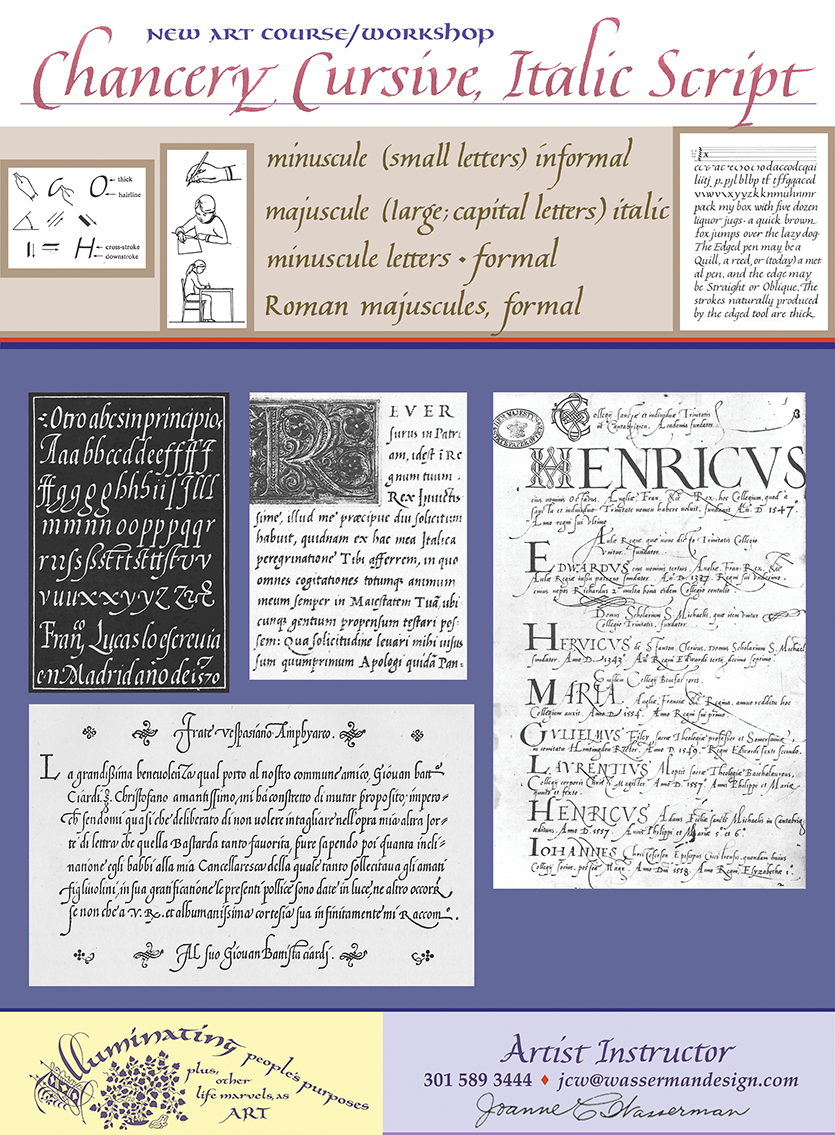 The Chancery cursive,  cancellaresca, remains a popular script in calligraphy and penmanship just as it has been for 600 years---beginning with humanist scholars/authors/scribes, and others
such as those employed by the Papal Chancery, documenting every record
of the Church, as well as producing
the Vatican's commercial and private correspondence from about the fifthteenth century onward.

One major consequence of the Humanists' systematic transformation
of scripts was their application as
design models in the casting of metal types, which were the components of Johannes Gutenberg's movable
type–based printing press system.

Back then, this slender, forward-tilting humanistic cursive was written with
a square-cut quill, resulting in a harmonious interplay of thick and
thin lines. Today, most scribes are writing with a square-cut metal nib.

I teach calligraphy using traditional tools and methods to make correct determinations of the letter proportions, and of letter, word, and line spacing, plus, the composition of contents on the page, as well as creating a cohesive design statement. 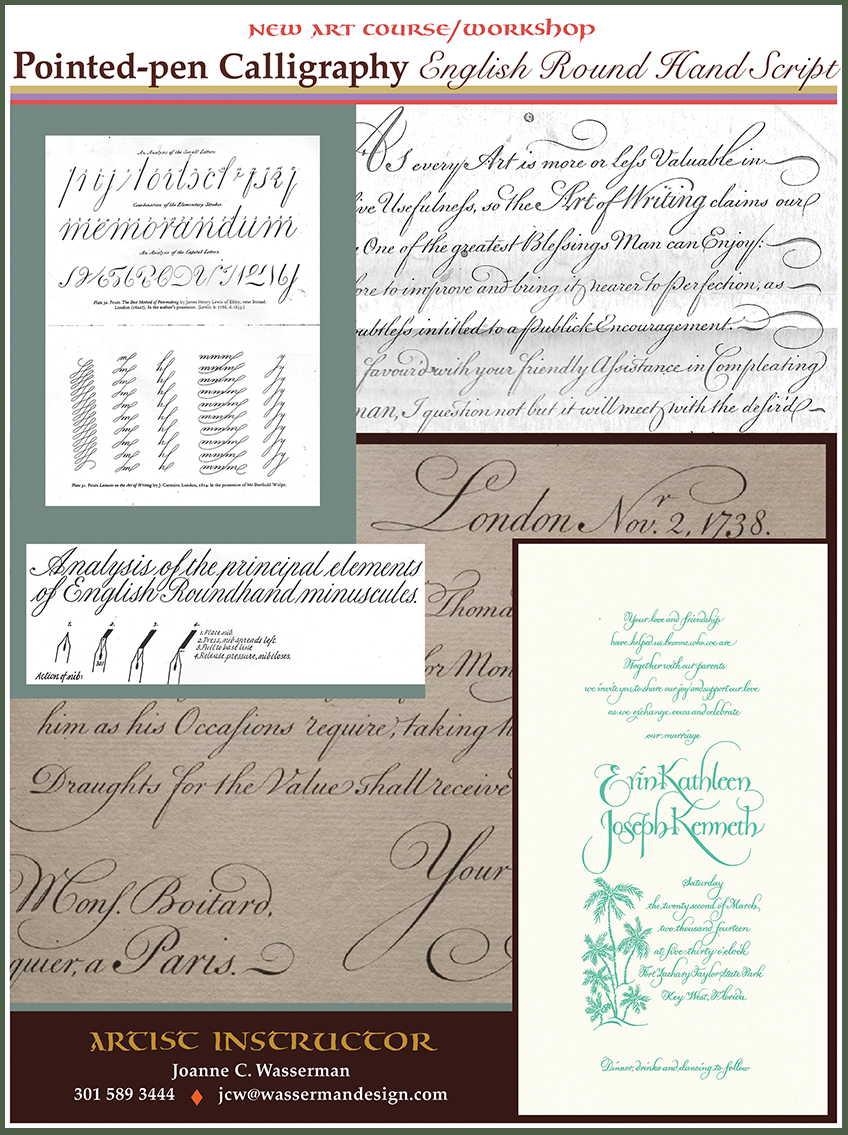 The  English Round Hand  evolved from a series of script variants of Chancery Cursive in the sixteenth to eighteenth centuries, wherein letter strokes became more rounded and a bit taller, though still slanting forward.

It was one of the consequences of newer kinds of print reproduction operations. The hand-writing examples of well-respected writing masters were being engraved on copper (using a needle-sharp burin) and printed, whereas the wood block continued to be a customary medium of print engraving (before, during, and after the Renaissance). Model Books of Scripts
by Italian, French, Dutch, and English writing masters were popular across Europe, and were sold by scriveners
to men and women of the
emerging middle class.

I teach this course using paper, ink, and dip pens with an "oblique holder" into which is placed a flexible pointed pen nib. The lessons offer an opportunity
to study some excellent models of  English Round Hand written by George Bickham, Joseph Champion, Willington Clark, J. H. Lewis, and Joseph Carstairs. 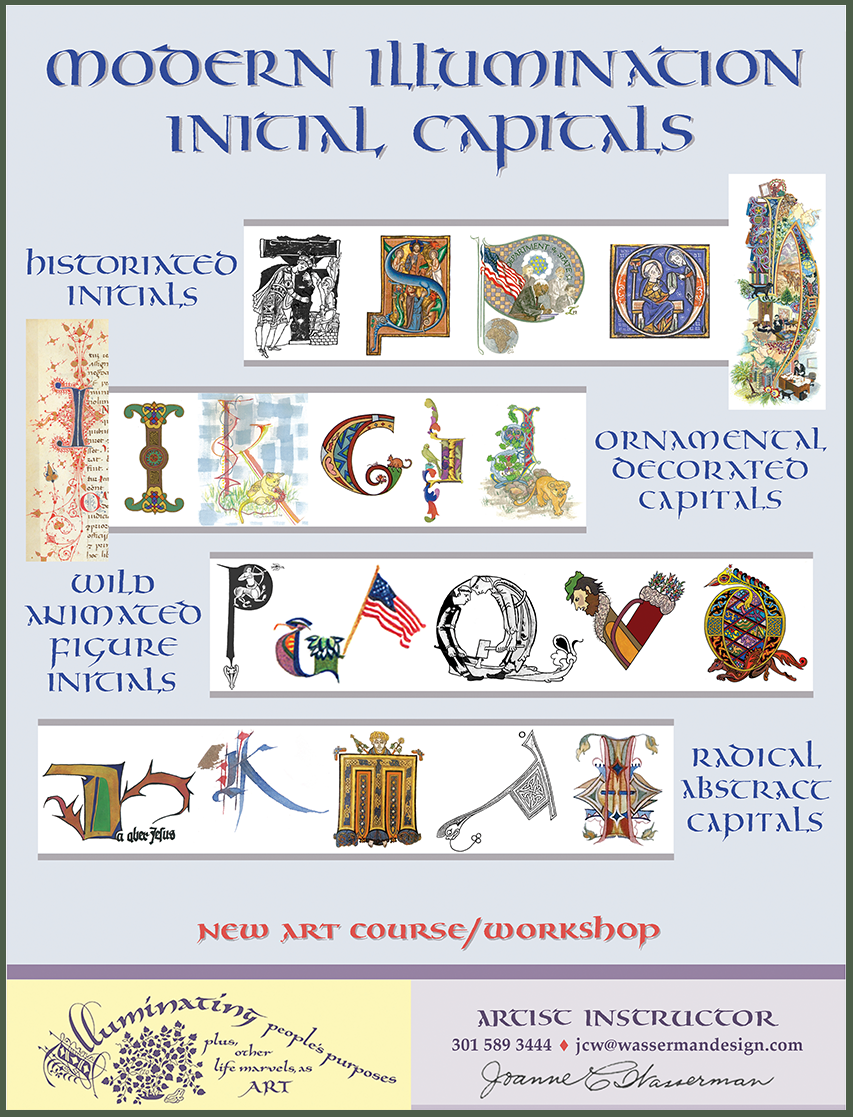 At the beginning of the fourth century, simply-colored (almost always red) initial capital letters started to appear within the pages of manuscripts. Such lead-in initials   served as signifiers of a break between contents of subject matter, and that continued apace for the next three hundered years.

I teach the methods for composing works of art in this special and ancient realm of  Illuminated Initial Letters, and its natural companion:  Miniature Paintings. Students learn to work with their own ideas and draw from their imaginations, making pictorial forms which relate one to the other, and tell a good story. 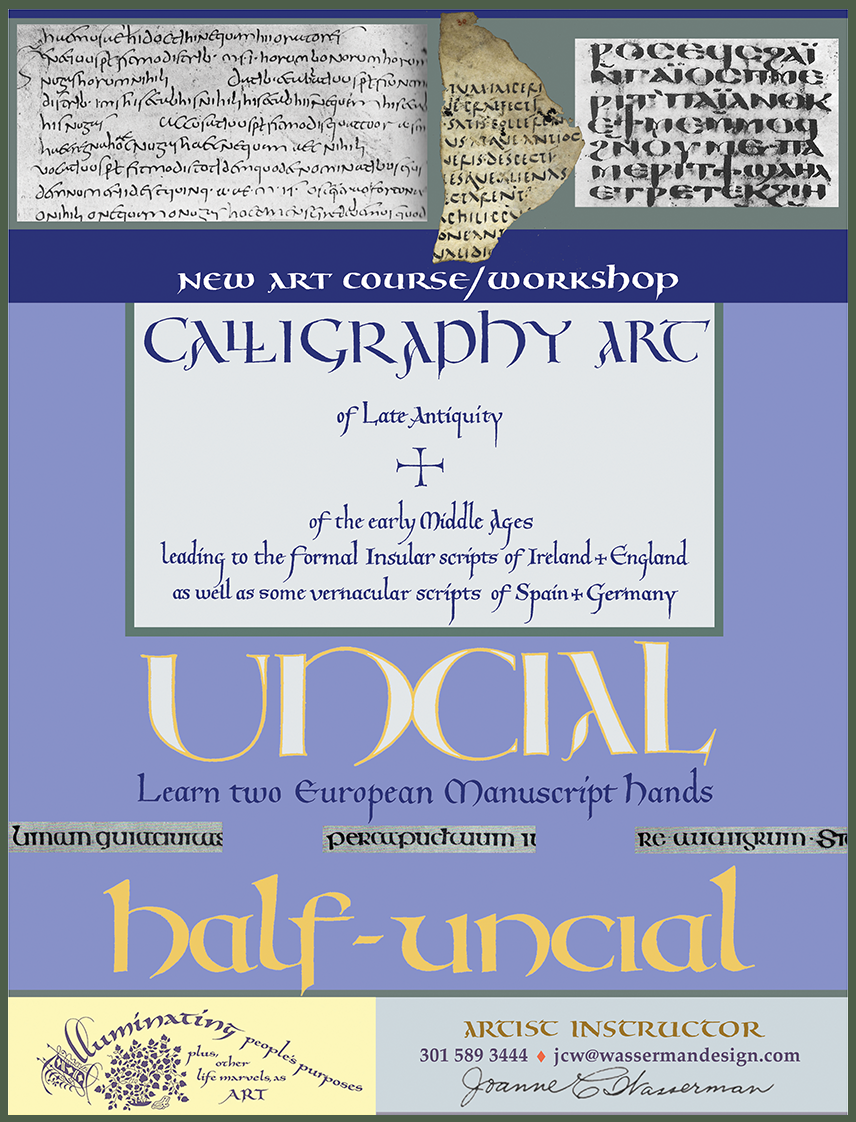 In the early part of the first millenium A.D., as book production practices were moving away from papyrus rolls to parchment codices, new scripts evolved for the writing of books. Within the Roman empire's eastern territories, Greek book scripts continued to be used for Bibles, Psalters, and other religious books, since Greek was the official Church language (except for North Africa, where Latin was used for Church manuscripts).

These  Greek majuscule  scripts consist of multiple rounded letters which had an influence on scribes who were producing manuscripts using Roman book hands.

The Half Uncial  developed during the Middle Ages as a low-key, work-horse letter, that was elevated through popular usage to a book script by the sixth century. It was a malleable minuscule that mirrored the writing fashions among peoples living in different geographical regions. 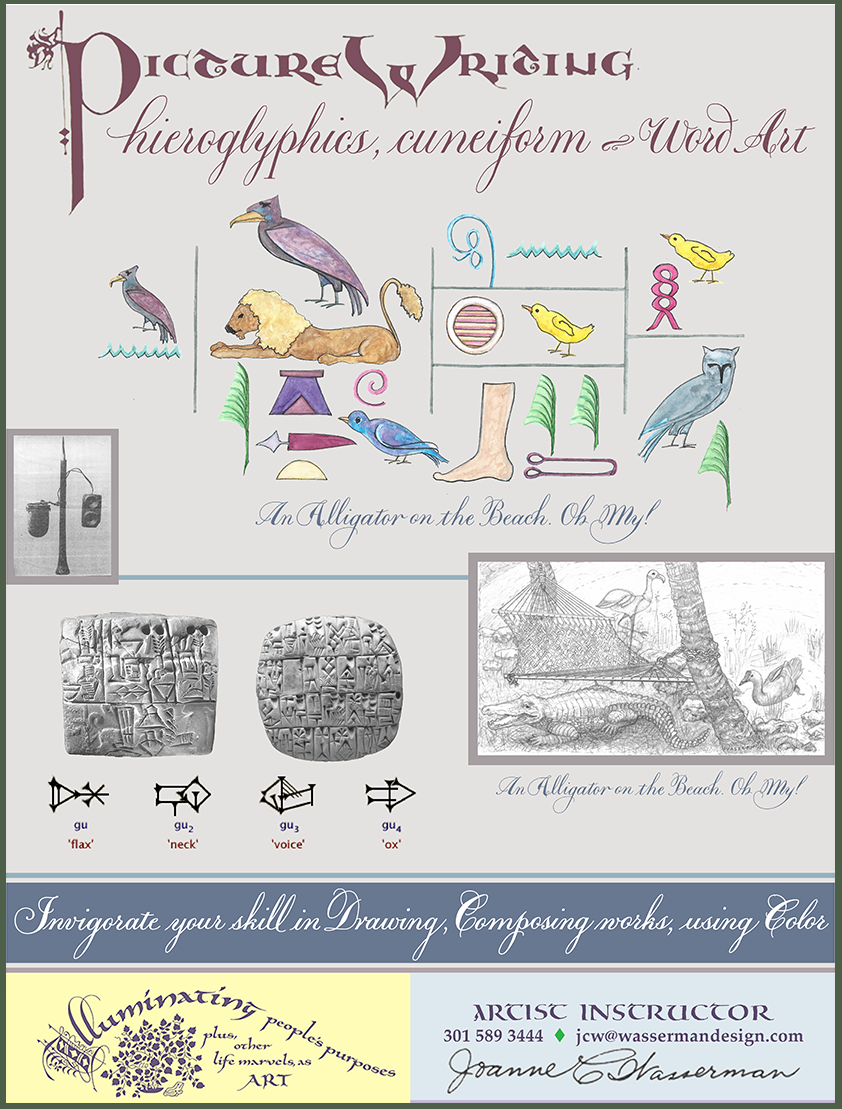 Prehistoric peoples were learning to use their voices to speak in ways that would be directly understood by others; at the same time, though lacking coherent grammatical systems, they were attempting to put their thoughts, ideas, hopes, and dreams into writing form.

a)   what the signs looked like;
b)   each sign's malleable affect upon
different people's ways of speaking;     c)   how the signs would function; and     d)   correctly interpreting the signs to           get an accurate reading of
the message

Cuneiform  is the oldest writing system in the world---6,000 years old, from Mesopotamia. The Sumerians invented the writing script originally to represent word meanings and ideas through pictures of things, as seen in
nature. As time went on, these symbols were transformed into graphical signs of pure abstraction that appeared as pointy marks in wedge-shaped patterns upon a dense material surfacee, e.g., clay, stone, wax, metal. 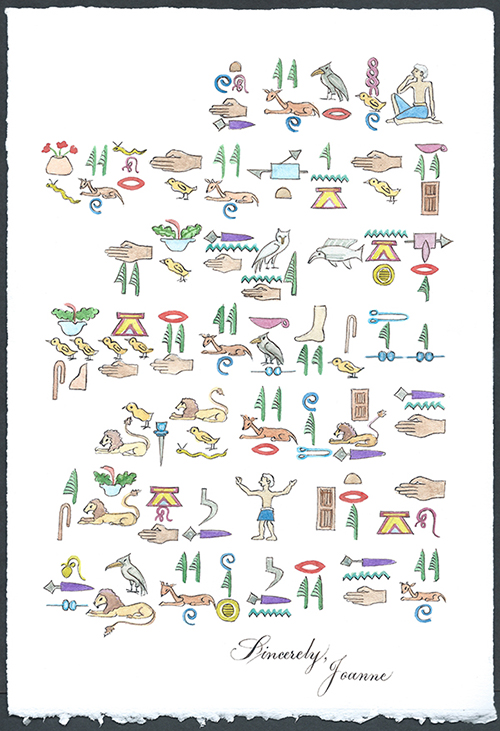 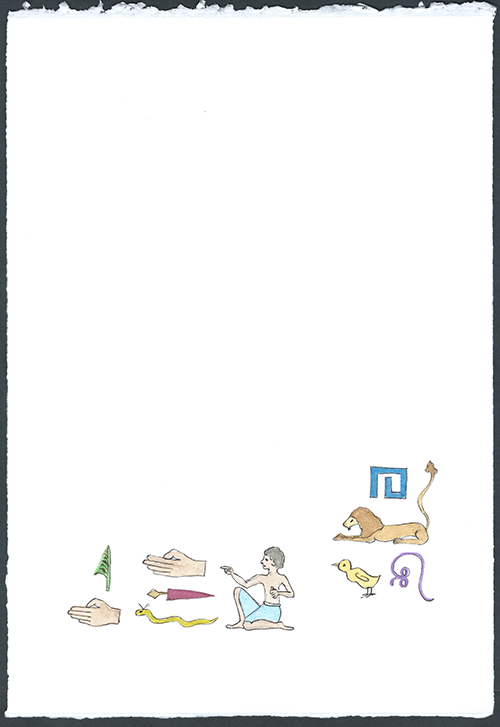 Egyptian Hieroglyphs  are the forms which comprise the world's second oldest writing system. The scribes drew pictures of nature and life around them; such imagery was painted upon papyrus or parchment, i.e. cow and sheep skins, with a reed pen.

Hieroglyphs  were also carved, at very large scale, into stone, clay, metal, wood, and mountain sides. They represent word meanings as well as the syllables of speech (how the words sound), and, individual letters.

I wrote this letter in  Egyptian Hieroglyphs,  to my friend, David, who lives nearby,
with his wonderfully happy dog, named Tripp. I was enquiring into Dave's health as well as wondering about story plots in a few of the novels that he was reading at the time.

The Art of Penmanship

I give lessons in penmanship that provide persons of all ages
the opportunity to become reacquainted with your own writing by hand.
Each person receives individual guided instruction---and practice---in timeless principles of
print, cursive, or italic handwriting scripts. 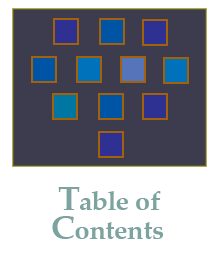 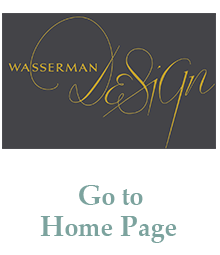